Mediation and the Children

Mediation and the Children Using mediation can be an effective alternative to long drawn out divorce litigation, especially when it comes to matters involving the children. Parents are given the chance to work together and create a parenting plan that … END_OF_DOCUMENT_TOKEN_TO_BE_REPLACED

Posted on December 1, 2015 by Lois Misiewicz

With Thanksgiving upon us, divorced or divorcing families are now thinking about how they are going to spend and share the holidays this year. Which house? Who gets the kids? Who buys which gifts? At Westfield Mediation, LLC, our divorce … END_OF_DOCUMENT_TOKEN_TO_BE_REPLACED 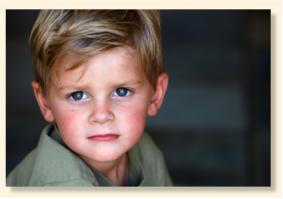 Telling the Kids About the Divorce

Probably one of the hardest things a divorcing couple will have to do is tell the children. When parents decide to divorce it is only fair to be honest with the children. Depending on the family dynamics and the ages of the children some may already be well aware that there are problems, while others may not have a clue about what is going on.

Ideally it is best to gather together as a family to tell the children of an impending divorce or separation. There are a few reasons for doing it this way. First it presents a united front. It shows the children that even though you are getting divorced you still both love them and are united in your responsibility to them. It also allows an opportunity for the children to ask questions and get answers from both parents.

Even in the best of situations divorce is not easy, but if handled correctly parents can make the transition less stressful for the children and therefore themselves.

More information on Telling the Children

According to their website “Divorce is one of the most common major transitions in children’s lives, with 40 percent of all children experiencing the divorce of their parents. With Little Children, Big Challenges: Divorce, Sesame Street has created much-needed resources for families with young children ( ages 2 to 8 ) as they encounter the tough transitions that come with divorce.”

What exactly is child support? Child support is the financial contribution from the non-custodial parent to the custodial parent towards the expenses of raising the child. Every child is entitled to be supported by both parents until they reach the … END_OF_DOCUMENT_TOKEN_TO_BE_REPLACED

With Mother’s Day quickly approaching I think back to when my daughter was young and I can’t help but smile.   You see even when my ex and I were together he couldn’t be bothered with Mother’s Day so my expectations … END_OF_DOCUMENT_TOKEN_TO_BE_REPLACED