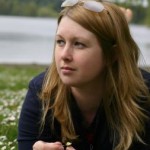 I read a press release this morning titled “Dating Websites Providing More Divorce Evidence Says Survey: Nation’s Top Matrimonial Lawyers Cite Match.com as Most Common Source” from the American Academy of Matrimonial Lawyers (AAML). It stated “If you are married, separated, or going through a divorce, you might want to make sure to fill out your online dating profiles as accurately as possible.” I understand when they make a statement like that they are coming from a legal perspective, looking out for the best legal interest of their clients. But still, I thought to myself, say what!?

If people are on dating sites while they are separated or worse yet, still married when will they mourn the loss of their marriage? I think back to my long drawn out divorce. I made my fair share of mistakes during that time. The biggest one was jumping right into another relationship.

I had known for quite some time that my marriage was over. The proverbial straw that broke the camel’s back was my ex’s brazen affair. In retrospect I think he also knew the marriage was over and didn’t know how else to get out. At the time I let myself believe that I had mourned for the lost marriage while I was still married so it was OK to start dating after filing for divorce. I ended up in a two year relationship which ironically ended before my divorce was even finalized. At the time I felt more devastated over that relationship ending than my 17 year marriage.

What I came to realize was that no matter how much I wanted or needed to divorce, it was a tumultuous and emotional time. I should have allowed myself the time to deal with those emotions and really mourn the end of the marriage. In the long run it would have been time well spent.

This entry was posted in Divorce, Moving On and tagged dating, Divorce, mourning your marriage, Moving on. Bookmark the permalink.